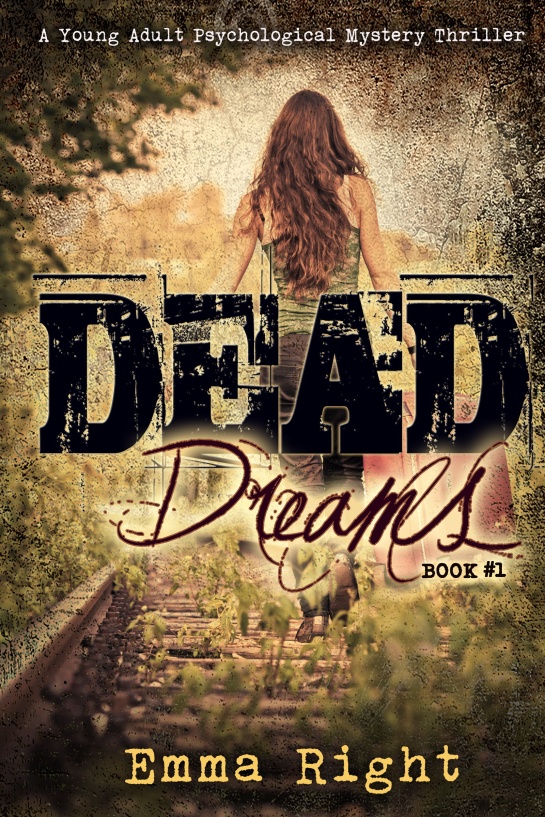 Why I wrote Dead Dreams

I wanted to write a story for young ladies –girls between 13 and 18, –on the cusps of adulthood, but who are not quite out of the house yet. Dead Dreams, Book 1 is a suspense thriller but it is so much more. Without being preachy Dead Dreams hopes to impress upon the young readers the deceit out there in the world.

Having homeschooled my children and being around other girls coming from a more sheltered lifestyle I noticed that in their innocence and youth they tended to jump onto things that look attractive without weighing hidden consequences. I wanted to explore possibilities that could be present in each young person as she travels in this journey of self-discovery and finding out for herself, when enough is enough; that limit that separates what’s acceptable from too dangerous; and the possibilities these choices could lead to. Also, as a Christian author, I wanted readers who have a Christian background to come to the conclusion on their own, that dreams absent of God and His direction could be deadly.

I have always enjoyed a good thriller mystery so I wanted to write a young adult book that has a strong message yet is still filled with intrigue, mystery, and suspense. Hence, Dead Dreams. It is a part of a series, and the first book leaves questions that will be answered in book 2.

Eighteen-year-old Brie O’Mara has so much going for her: a loving family in the sidelines, an heiress for a roommate, and dreams that might just come true. Big dreams–of going to acting school, finishing college and making a name for herself. She is about to be the envy of everyone she knew. What more could she hope for? Except her dreams are about to lead her down the road to nightmares. Nightmares that could turn into a deadly reality.

Dead Dreams, Book 1, a young contemporary adult psychological thriller and mystery that will keep you asking for more.

Award Winning and Best Seller author, Emma Right, is a happy wife and Christian homeschool mother of five living in the Pacific West Coast of the USA. Besides running a busy home, and looking after their five pets, which includes two cats, two bunnies and a Long-haired Dachshund, she also writes stories for her children. When she doesn’t have her nose in a book, she is telling her kids to get theirs in one.

Emma worked as a copywriter for two major advertising agencies and won several awards, including the prestigious Clio Award for her ads, before she settled down to have children. Emma Right is currently features in Authors’ Network latest book, 50 Great Authors You Should be Reading. She can be contacted through her website

The Write Canada conference grounds in Guelph, ON

Have you ever wondered what inspires authors to write what they write? I’ll give you a quick glance into the life of a writer with a little piece I wrote 5 years ago.

When God first called me to write, I was so excited and ready to do His will. But I didn’t know the first thing about the business of writing (besides the fact that I enjoyed it and kept a regular journal). When I saw an advertisement in testimony magazine for the God Uses Ink (now Write Canada) conference, hosted by The Word Guild, I felt led to attend.

At this conference, I excitedly signed up for every class and booked one-on-one appointments for every spare moment. I couldn’t get enough! I learned all about writing for children, writing for newspapers, writing for magazines, writing for publishing houses etc.

From there, it was a process of elimination. I tried just about everything…. I tried writing poems, writing for children, writing articles, writing songs, writing book reviews, writing short stories etc. I liked it all but felt torn and unfocused. I needed to narrow my love of writing into where I best fit.

I took two excellent on-line courses; a devotional writing course (by The Word Guild’s own Marcia Laycock) and a children’s writing course.

In the meantime, I wrote a nonfiction book on health and fitness, articles on health, a weekly faith column for mainstream newspapers, and I started a novel. Through all this, I learned that I don’t mind articles but only if I’m invited to submit. I don’t want to interview people. I don’t like research. I don’t want to be a journalist. I like to write songs but feel that’ll be in the future. And so on.

I am glad to have the opportunity to pursue my interests slowly and discover in my own time where God wants me. I also pray and ask for guidance daily. If you are called to write, there are many opportunities to use your gift – have fun and enjoy exploring your call! First step? Try a writer’s conference such as Write Canada. You won’t regret it! 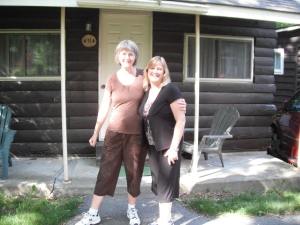 Janis Cox and myself at Write Canada

Welcome to Christian Author Interviews. Enjoy our interview with Jody Hedlund, an award-winning historical romance novelist, in this episode. Listen in via the video or audio and share your thoughts in the comments. Don’t forget to enter the giveaway below and share this interview with your friends!

Listen to the audio here:

Jody Hedlund is an award-winning historical romance novelist and author of the best-selling books, The Preacher’s Bride and Unending Devotion. She received a bachelor’s degree from Taylor University and a master’s from the University of Wisconsin, both in Social Work. Currently she makes her home in Michigan with her husband and five busy children. Her latest book, A Noble Groom, just released.

Books Mentioned in the Interview

Enter to Win a Paperback Copy of “A Noble Groom”!

Enter below to enter the giveaway below:

Christian Author Interviews is hosted by Shelley Hitz of Crossreads and Body and Soul Publishing.

Welcome to Christian Author Interviews. Enjoy our interview with Richard Blackaby in this episode. Listen in via the video or audio and share your thoughts in the comments. Don’t forget to enter the giveaway below and share this interview with your friends!

Listen to the audio here:

Dr. Richard Blackaby is the president of Blackaby Ministries International where he works with his father Henry and brother Tom. He is an author and a popular international speaker. Richard is married to Lisa and they have three amazing children: Mike, Daniel, and Carrie. Richard has a Ph.D. in history. He loves reading biographies and hockey. He works with leaders in the home, church, and business community, helping them develop their leadership to higher levels. Richard also co-authored the revision of “Experiencing God” and speaks often in churches and to Christian organizations.

Enter to Win An Autographed Copy of “Unlimiting God” by Richard Blackaby!

Enter below to enter the giveaway below:

Christian Author Interviews is hosted by Shelley Hitz of Crossreads and Body and Soul Publishing. 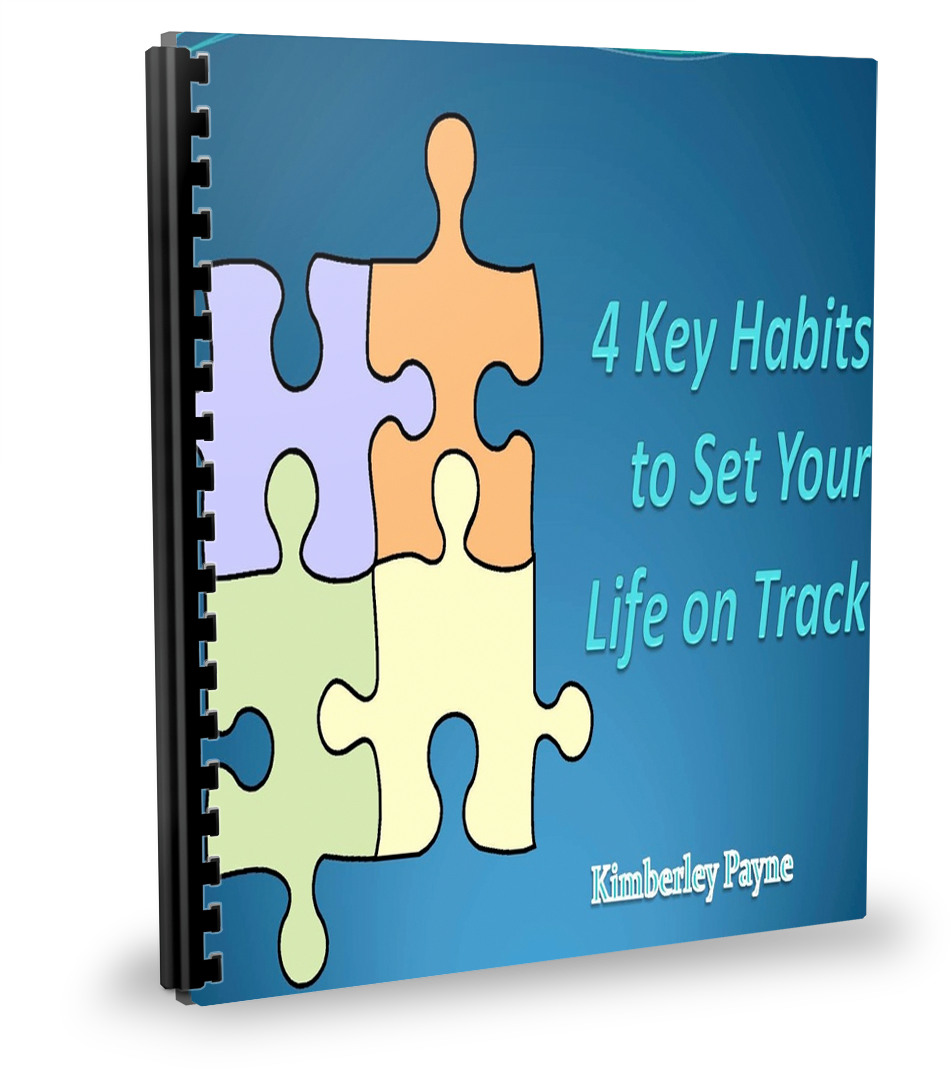